Part one of the National Food Strategy independent review, led by Henry Dimbleby has been published. The report – a response to COVID-19 – will look at what the crisis has revealed in our food system, and how it has changed it. It will set out both some principles for recovery and some immediate actions that they think government should take. The report will focus on some key themes: poverty, heath, food security and trade.

Full details of this report.

The governments new obesity strategy was unveiled on 27th July as the country is urged to lose weight to beat the coronavirus and protect the NHS.

A raft of measures have been revealed as part of the government’s new obesity strategy to get the nation fit and healthy. Full details of this report can be found by clicking this link.

The strategy outlines a new package of measures and ‘Better Health’ campaign to help people lose weight, including: –

The Veg Power campaign has now reached 11 million people via social media. The DEFRA funded Seasonal Veg campaign is now in its last week (w/c 27th July). The latest report from the campaign has been sent with the newsletter.

Anyone who would like to support the campaign with content or on social media please email Dan Parker.

Fruit and Veg for Children

Health campaigners are celebrating after securing the government’s word to reinstate the School Fruit and Vegetable Scheme in September. The scheme provides free fruit and veg to Reception and Year One pupils.

All customers and visitors to New Covent Garden Market will be required to wear a face mask or covering from Friday, 24 July. Face coverings will need to be worn in any indoor area, including the Flower Market and Buyers’ Walk in the Fruit and Vegetable Market.

This change is being introduced to protect everyone who works at or visits the market and is in line with recently updated government guidance.

Waitrose has predicted a bumper summer for vegan and vegetarian food sales in a further boost to the fresh produce category.

The supermarket said it has seen vegan and veggie barbecue food sales soar by 80 per cent in preparation for the anticipated heatwave this weekend.

Waitrose expects to sell more meat-free barbecue products than ever before this summer and has already seen searches for ‘Vegan BBQ’ on Waitrose.com increase by 26 per cent in the last month. This coupled with the increase in searches of ‘Vegetarian BBQ’ by 32 per cent, highlights the continued rise in the UK’s appetite for plant-based produce, according to the retailer.

Among the products in strong growth, sales of Vegan Spanish Style Whirls are up by 80, per cent, Vegan Mushroom & Leek Bangers are up 157 per cent and Vegan Jackfruit Burgers have risen 17 per cent within the last year.

Sales of large veg, ideal for grills and barbecues, such as corn on the cob and flat mushrooms, have also seen spectacular increases, with sales soaring by 163 and 111 per cent respectively. Courgettes have also risen by 129 per cent and broccoli is up 128 per cent as shoppers look to get plenty of greens on the grill.

Last week, the Home Office published further details on the UK’s Points-Based Immigration System. The document builds on the Policy Statement which was published in February by providing more detail to applicants, employers and educational institutions on the draft requirements and conditions underpinning the key immigration routes in the Points-Based System. For more information visit

The UK government plans to simplify the Basic Payment Scheme (BPS) and cut red tape faced by farmers during the agricultural transition period. This follows from EU delivered Farmers will have a reduced administrative burden and will no longer have to comply with the so-called greening requirements with effect from the 2021 scheme year.

These changes will not affect the overall payment received by each farmer as the money will instead be added to farmers’ entitlements under the Basic Payment Scheme.

The agricultural transition period will last for seven years and see Direct Payments to farmers in England phased out and replaced with a new system that rewards farmers for delivering public goods, such as tree or hedge planting, river management to mitigate flooding, or creating or restoring habitats for wildlife. The new Environmental Land Management scheme (ELMS) is expected to be rolled out in late 2024. 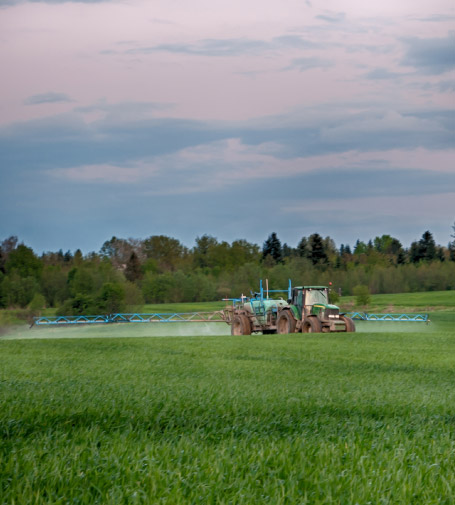 The press has widely reported an outbreak of COVID 19 on a farm in the West Midlands. British Growers has been in touch with Defra about the outbreak. Public Health England supported by other agencies is conducting a detailed investigation. This investigation will also take on board any relevant outcomes from the recent outbreak at a meat processing plant. The authorities are keen to understand if there are any lessons to be learned and whether the current guidance for food producers needs to updated.

This is the first major COVID incident involving a UK farm. It is worth noting that there have been outbreaks on fresh produce operations in Spain near the city of Lleida. Of the 14 recent outbreaks in the region and ten have been traced to infections among seasonal fruit pickers.

These incidents highlight the dangers which COVID 19 still presents despite the gradual lifting of the restrictions for the general population.

Are you interested in shaping the new Environmental Land Management Scheme for the benefit of the fresh produce sector?

Would you like the industry to be rewarded for actions which benefit the environment?

Do you have creative ideas for how a payment scheme would make sustainable horticulture worthwhile?

This is your chance to help shape the way environmental good practice is rewarded by Defra in the future.

Defra has given the sector an opportunity to design and test how a horticulturally orientated land management scheme could run, starting in July 2020. This will be part of their Environmental Land Management Scheme (ELMS) Tests and Trials programme. Over the next fifteen months, a specialist group will be working with growers from to decide how best to operate a new scheme.

Participating growers will be paid £150/day, for 3-7 days of involvement with the testing methods. This will include giving feedback and comparing different ways of receiving advice. Participants will also have input into the development of the new payment scheme that will replace BPS.

The overall aim of the trial is to develop the best and most appropriate way to reward fruit and vegetable producers who are already growing in ways which benefit the environment and encourage all growers to further improve their environmental land management.

FareShare is the UK’s largest food redistribution charity, taking edible surplus food from more than 600 food businesses, including major brands and retailers, and redistributing it to vulnerable people through a UK-wide network of 11,000 frontline charities.

The FareShare Surplus with Purpose Fund – available to all food suppliers and growers – aims to offset additional costs incurred by companies when diverting their edible surplus food to charities and community groups. The fund is open to new companies, as well as companies which already work with FareShare. The Fund can be used to unlock harder to reach surplus food, or surplus food that’s further up the supply chain. So far, the Fund has assisted organisations from farms to manufacturers – to redistribute 4,447 additional tonnes of food – enough to provide 10,589,378 meals. Companies could be eligible for grants of up to £50,000. This could be used to cover: additional staff costs needed for packing and sorting, building, implementing and managing new processes, packaging and transportation costs, or lost income from the sale of surplus to animal feed or anaerobic digestion.