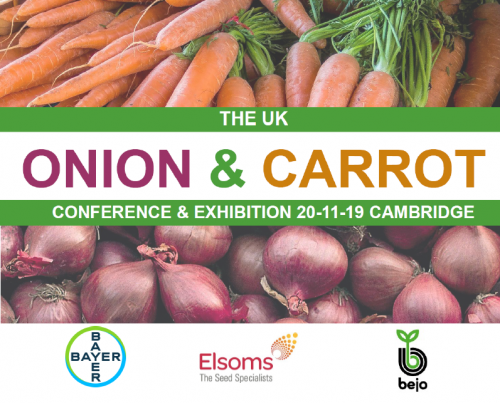 The Biennial UK Onion & Carrot Conference and Trade Exhibition opened its doors to delegates, exhibitors and speakers at the Cambridge Corn Exchange in the historic city of Cambridge on Wednesday 20 November 2019.

Allan Wilkinson, Head of Agrifoods HSBC, took the space of the opening speaker with a presentation on “Excelling in a period of change, the UK food supply chain”. The presentation, which covered current talking points such as consumer trends, producer trends, drivers and solutions, was well received and started the conference off with great success.

Andrea Graham, Head of Policy Services for the NFU discussed “The Future of Food 2040” which gave a fantastic insight into the changes happening within the industry from food production, changes in diets and how this affects UK farming. Andrea then went onto discuss the opportunities the changes will provide and how this will influence productivity in British food and farming manufacturing. 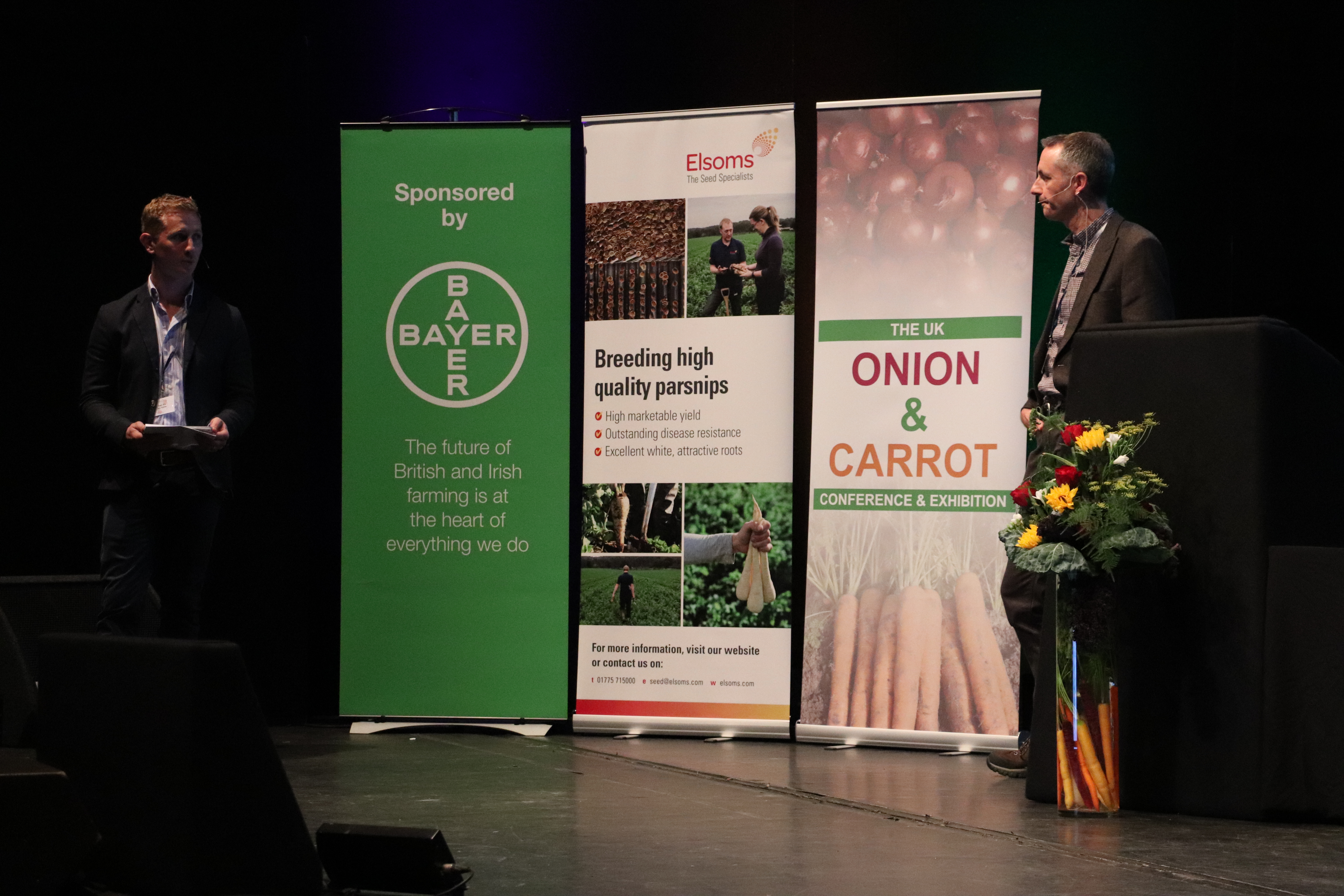 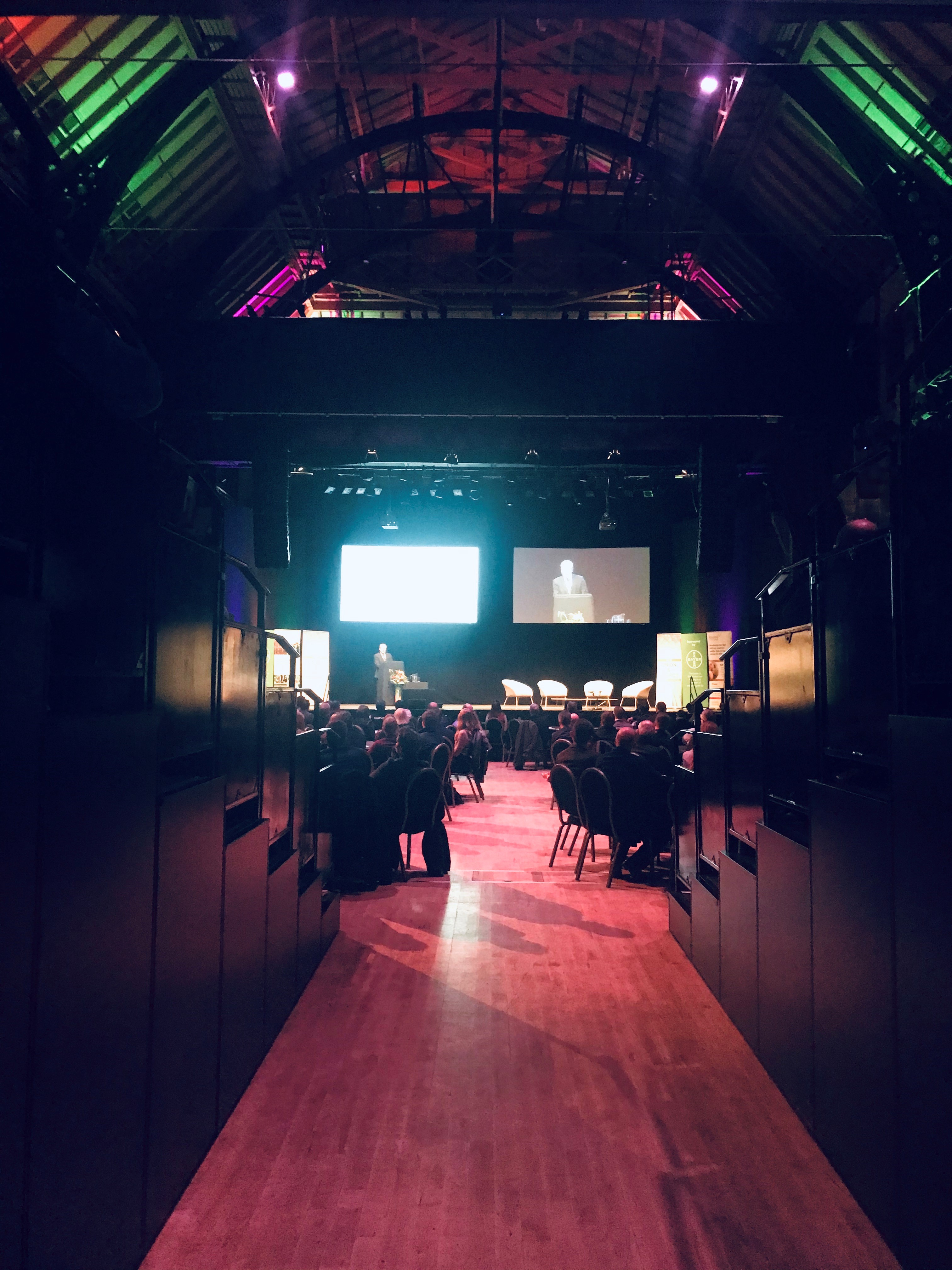 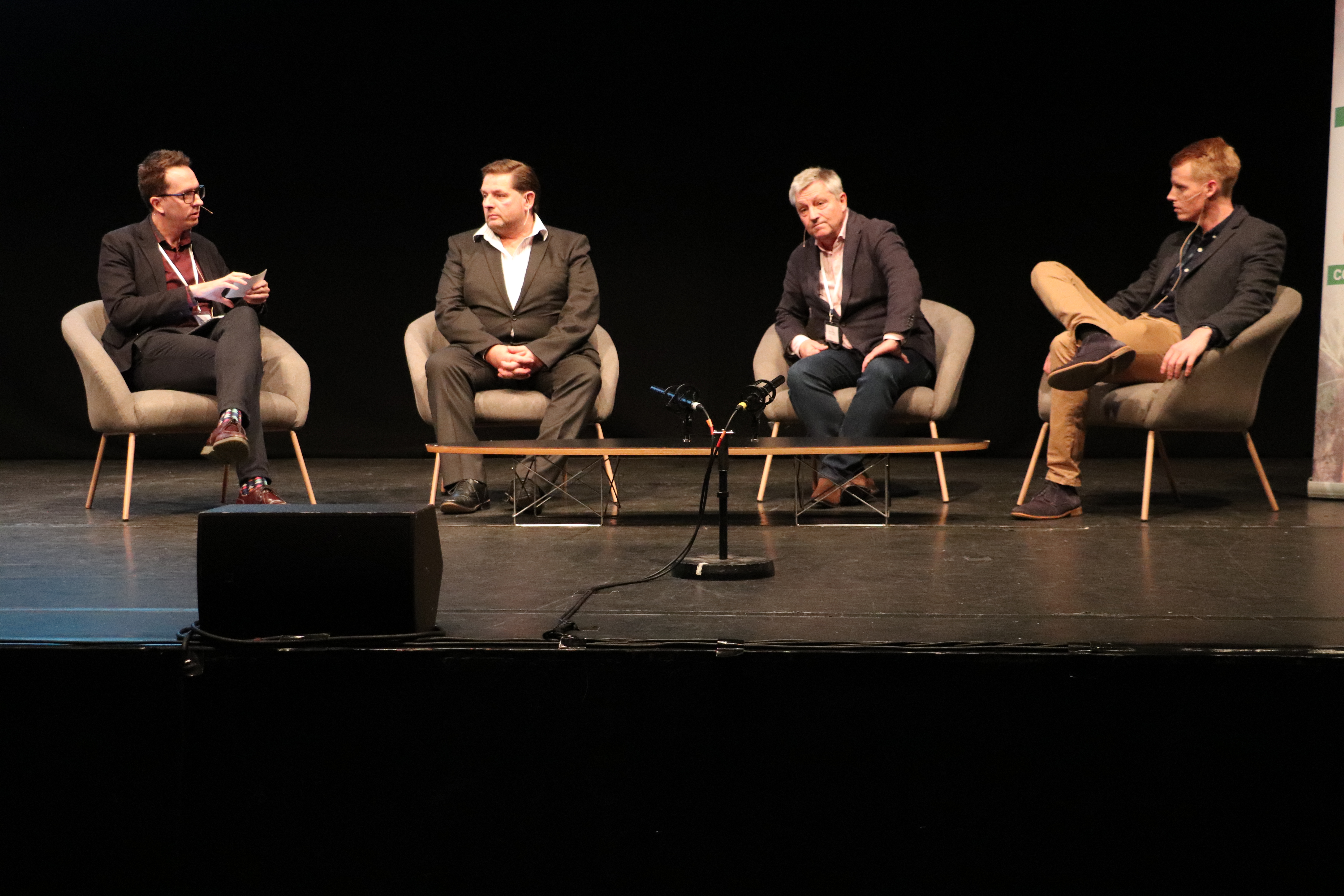 The conference moved onto its Technical Session chaired by Chris Bettinson, Elsoms Seeds. The first speaker, Joseph Peller from Wageningen University Netherlands, presented their work on “Innovation in Disease Detection” and explained to the audience how spectral imaging works and how it can be applied. Joseph’s talk was kindly funded by AHDB. Joe Martin, AHDB, then took to the stage to update on the SCEPTREplus Project works on sustainable plant protection products.

The conference delegates were then split into two groups for separate Carrot & Onion Technical Sessions. The onions session, chaired by Sam Rix, R&D Chair from the British Onion Producer Organisation, received updates from Angela Huckle, ADAS on the SCEPTREplus herbicide screens in bulb and salad onions; along with the latest news on the INNOVEG Project from Lizzie Sagoo, ADAS, and updates on Fusarium & White Rot from John Clarkson, Warwick University .

The carrots session which ran parallel to the Onion session was chaired by Ian Holmes, R&D Chair of the British Carrot Growers Association. The discussion was held in the Guildhall Council Chamber and opened by Lizzie Sagoo, ADAS, sharing the results from Year 1 of the INNOVEG Project. Hannah McGrath, a PhD Student from Rothamsted working in partnership with Huntapac, gave an overview of her project looking at conservation biological in carrots. The session was closed by Jack Hill from Bayer who gave some practical advice on Emerger, a new herbicide for Carrots.

The delegates then regrouped in the Corn Exchange for joint sessions chaired by Rodger Hobson, Chairman of British Carrot Growers Association. The Chairman introduced Anna Jones to the stage who spoke about her project Just Farmers, aiming to create more spokespeople to represent the industry. Dan Parker, Veg Power, then presented on the “Eat Them To Defeat Them” campaign proving that the media is having a positive impact on how eating vegetables is perceived by the influential audience and discussed future opportunities to get families to eat more vegetables.

Michael Barker from Fresh Produce Journal chaired the “Markets of the Future” panel session. The discussion involved Simon Pearce of Alfred G Pearce, Mark Tate of George Perry and Joe Shaw Roberts of Kantar, and covered how the future consumer will buy their fresh produce, how will they be influenced and how will the supply base react to market changes. The panel then took questions from the audience, concluding a successful session, one of the highlights of the conference.

Closing remarks were given by the British Carrot Growers Association Chairman, Rodger Hobson, who welcomed the delegates to celebrate the close of the 2019 conference with onion bhajis and beers.

The Dinner was then held at the Cambridge Corn Exchange, which was transformed into an elegant dining room. Guests were served a delicious three course meal and were entertained by a Magician who stumped a few delegates after he made their money and wine disappear. The evening was closed by an after dinner talk from John Bentley, a former International Rugby Player.

Without the support of the sponsors the event would not be possible. Thank you to Bayer, Elsoms Seeds & Bejo for their overall sponsorship. Interveg for sponsoring the Lunch, Bedfordshire Growers for the Post Conference Drinks Reception, Hazera for the Pre-Dinner Drinks sponsorship, Stourgarden for sponsoring the evening’s Dinner and Moulton Bulb Company for the Wine Sponsor.

Both associations would like to thank all those who attended and supported the event and made it a truly memorable day. 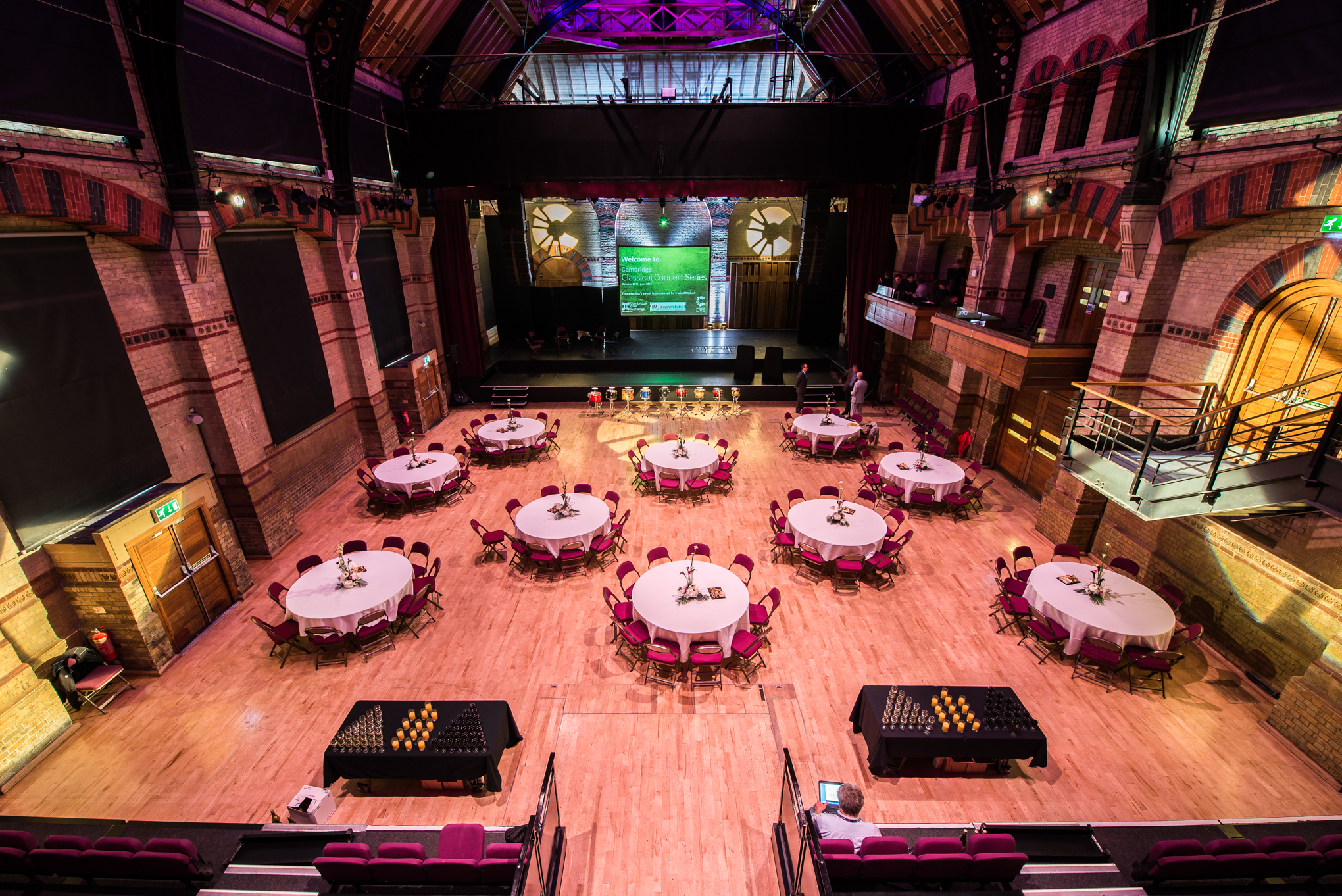 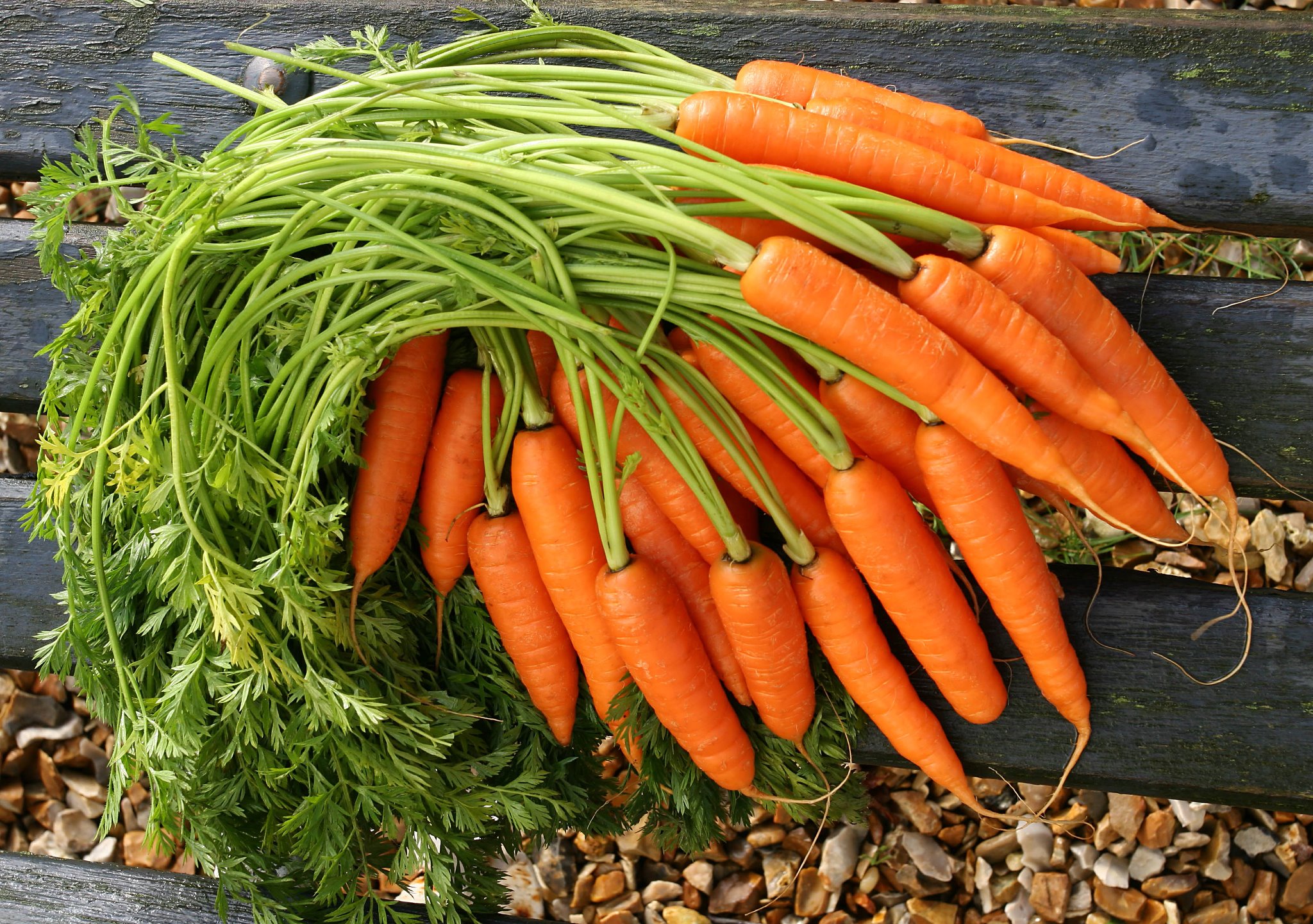 British-grown supplies of carrots – the UK’s favourite vegetable – are at risk of running low next Spring after the recent heavy floods, growers warned this week.

More than half of the UK’s carrot-growing areas have been hit by the recent flooding, which continues to prevent them from being able to put straw down to protect the crop from potential frost damage.

Commercial carrot growers across the North of England and the Midlands including Lincolnshire, Nottinghamshire, Yorkshire, Shropshire and Lancashire, have all been affected.

The harvesting of carrots is continuing, but flooded land has prevented growers from using the machinery and equipment necessary to spread straw. Growers are warning more wet weather or a frost could wipe out large amounts of the UK’s carrot harvest.

“The flooding has caught a lot of growers out. It has stopped them spreading straw as they usually do at this time of year. They [the growers] are sitting on a wing and a pray and hoping that we get a dry weather spell to be able to put down straw to protect the crop.

“More than 50% of the carrot growing area in the UK has been affected. The only exception being those grown in East Anglia and Scotland. If we have a frost now or more wet weather then all the carrots that are not covered with straw will get damaged and be unsuited for the market. They’ll be rotten.”

Mark Strawson, from Nottinghamshire, and one of the UK’s biggest carrot growers, said:

“Unlike 2018, this year has generally proved to be an excellent growing season for carrots with both quality and yields above average. However, since mid-September unprecedented levels of rainfall have made field operation extremely difficult with very few entirely dry days recorded over an 8-week period. The worst affected areas are the East and West Midlands and Yorkshire where soils have been at field capacity for several weeks.

“This protracted wet period has not allowed growers to cover crops with straw which is vital to protect them from frost over the winter. With such a small area protected to date and field conditions remaining poor there is a very high risk of crop loss should the weather now turn cold. Such a situation would severely disrupt supplies to retail customers.”

For further information or to arrange an interview with Coral Russell at The British Carrot Growers Association, please contact Tom Levitt at Jane Craigie Marketing on tom.levitt@janecraigie.com or 07815 904 253.

Carrots are the nation’s favourite vegetable with 75% of Britons saying they regularly eat carrots and more than 10 billion carrots eaten every year. British-grown carrots are available all-year-round, with 93% of the ones we consume currently grown in the UK.